Proof that anime creators were ahead of their time, were the technologies used by characters as futuristic devices in cyber-themed anime released decades ago. 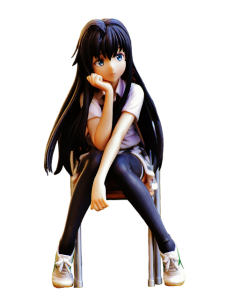 Actually, many of these anime plots were inspired by manga comic book stories that became popular. They were well worth investing in as new franchises for anime series.
Although Hollywood’s “Back to the Future” was a big hit, the movie focused mostly on advancements in flying cars and time travel. Actually, time travel is a favorite theme of many anime series in which the trend was to develop advanced computer technologies.

Sword Art Online (SAO) is one of the most well-loved anime series where the use of Virtual Reality (VR) is a norm.

In a way, VR enabled people to travel to far-off places or to live through varying experiences by just putting on a headset.
In subsequent SAO episodes, VR was recommended as a technology that can help bed-ridden patients to experience travel and entertainment; making life bearable while confined in a hospital. Initially released as a self-published manga by Reki Kawahara in 2002, it was later produced as an anime television series. However, the show was terminated in July 2016, as many found the episodes full of scenes inappropriate for GP viewership.

Ghost In The Shell

A cyberpunk-themed manga comic book written by Masamune Shirow in 1989, but only as a segment about a counter-cyber terrorist organization formed to fight against hackers who existed in the 21st century. The manga series was later used as material for animation shows, video games and live action movies. The theme showcased man-machine interface that paved the way for the development of what is known today as Artificial Intelligence.

Although categorized as a psychological thriller, this anime tv series is more of a sophisticated, sci-fi based adventure of craftsmanship using holographic technology in perpetuating crimes. While the futuristic technology was still a bit amateurish when the concept was introduced in 2013, the holograms of today have been perfected to include features and functionalities for voice-controlled gadgets that we call smart devices.

First released as manga in 2000, it became an animation series two years later. It carried the seemingly impossible concept of androids living among humans. Yet us humans now find ourselves talking to smart devices, to robots and android operating systems. Artificial intelligence and robotics researchers are already on the verge of creating robot skin that appears and functions almost human-like.
Anime TV shows are quite in demand in many countries, although some governments, like Indonesia, impose bans on certain manga and anime series. That is mainly because Indonesia is a predominantly Muslim nation, and some scenes or behaviors are deemed as contrary to Islamic practices or teachings.

Still, Indonesian anime fans can always find a broad selection of Japanese anime shows on platforms known as AnimeIndo. To download or stream complete sets of episodes of various anime series, simply click here to access an animeindo platform that has been reviewed as safe and secure.